With songs in Arabic and English, KUWAISIANA is a NOLA-based band working to produce a raw, danceable, big-band sound. The bilingual band synthesizes the experiences of everyday Arab-American youth, Muslims, and the emergent perspective of Khaleejis living in the Arabian Peninsula. Their debut album Chapter 1 was released through Universal Middle East in Dubai in May 2018. Their debut music video GASHXI is available online. Chapter 2 will be released in 2020.

Lyrically, +Aziz is a Kuwaiti songwriter who works to explore dysfunctions found in the cultures he knows so well. Blurring the lines between personal and imagined experiences, his metaphor-rich lyrics sustain a tension between conversational and a more evocative, poetic perspective. Kuwaisiana is taking their first steps at a time when the Arabic language faces serious challenges. On the one hand, America’s xenophobia has kicked into high gear. On the other side of the world, a new generation of kids growing up in the Middle East struggles to speak its mother tongue. 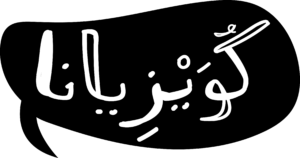