3arees means groom. This is the first song we’ve recorded with a clear Khaleeji rhythm. I wanted to write something tongue-in-cheek, similar in feeling to Bara7a, that focuses on the honeymoon phase and domestication. I’m really proud of the clapping section on this one! In Pat’s words. “It nearly killed us.” 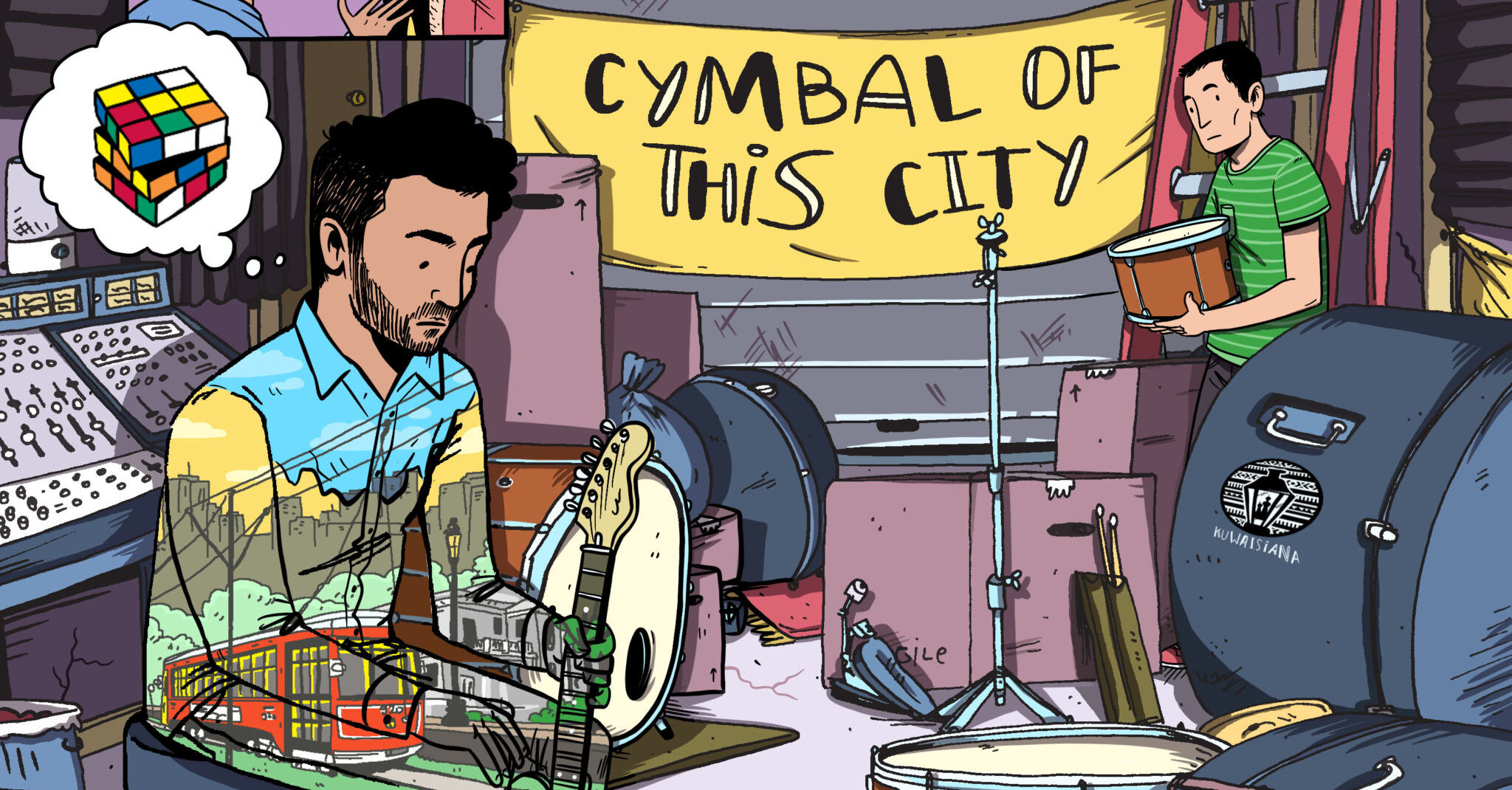 A song about finding purpose and establishing your voice in the face of loneliness. This song was born out of a desire to overcome alienation. Something I experienced a lot after moving to the US, particularly in urban life.
Once I introduced the song to the band, we were able to elevate it with a driving force and a catchy hook! Probably the only true “hook” on the EP actually.

We’ve been covering The Specials’ Ghost Town for a while, so we tapped into that freaky energy for this one. I love the juxtaposition of a depressive-manic verse against the dancy-bright chorus. To me it reflects the extreme ups and downs of our time.
The song unfolds to suggest a connection between the family separation tragedy on America’s borders as well as the xenophobic, anti-expat frenzy that Kuwait is in.

Guwwa means power or hello in my dialect. It’s a song about asking for forgiveness and trying to correct affairs after wronging somebody… someone who had helped me out in a big way. Power rests in our relationships with one another and this song tries to put a focus on the importance of taking care of others, speaking and acting truthfully.
Guwwa was born out of an experience where I burned a bridge and started to demonize myself. We eventually patched things up, but the song was written during a time when the person I wronged was not responding.

They said, why are you dressed in all-black? Your fingernails are painted, you’re like a girl!